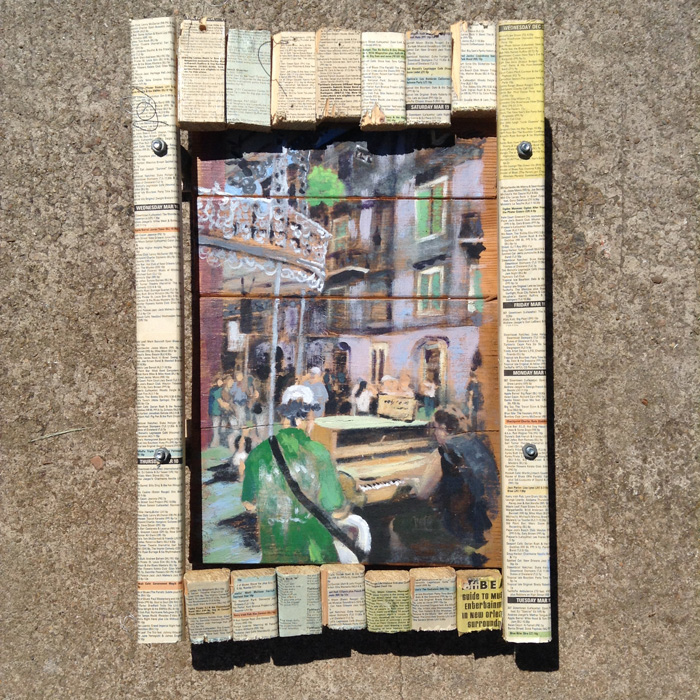 When I was 19 I hitch hiked from Maine to New Orleans and spent some time there, staying at the Metro Hotel. The Metro was a “working man’s” Hotel which I was informed of when I showed up at the front desk wearing a backpack and carrying a guitar. In other words, guys that stayed there, worked all day and were there to sleep for cheap, not listen to music. I decided not to play music in my room, so I went to the French Quarter and played on the street. I played a little with a washtub bass player named Mustapha Muhaud Humarabi. This is where I met Slewfoot for the first time. He was a New Orleans street singer who I met again a few years later in Durham. I wound up playing with Slewfoot for several years at bars and small festivals in the area. This painting is from a photo I took of street musicians playing in the French Quarter. The “frame” is made of wood strips, with pasted pages, torn from Offbeat Magazine’s, New Orleans Club Listings.